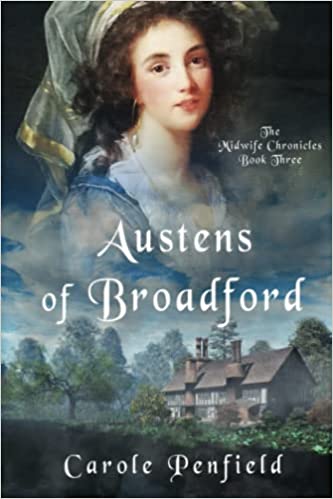 Marriage to John Austen IV, presumptive heir to the family fortune, was a dream come true for Eliza. Until his cantankerous father turned it into her worst nightmare!
1702. England. Despite having a loving relationship with her husband and seven children, Eliza is not the wife wealthy John Austen III would have chosen for his only son. She complains to Lucina (her midwife and best friend) about struggling daily with the overbearing tyrant's interference. He plants a spy in her nursery, criticizes Eliza constantly, reneges on promises of financial assistance, and turns her eldest son against her. She begins to dread that if the curmudgeon outlives his son, she will be left penniless and debt-ridden.
Eliza also worries that without a dowry, her timid daughter Bettybird will never attract a husband. But through the young girl's narrative voice, we see her coming of age into genteel society.
Whilst attending a house party to celebrate Queen Anne's coronation, Bettybird meets actor Bart, son of a doxy who is searching for his purported landowner father. Coming to Kent as a footman, handsome Bart portrays life among the gentry class from a servant's perspective.
When Eliza's worst fear materializes, she is faced with the most difficult decision of her life, but not before writing a scathing memorandum detailing her mistreatment, which passes down through the Austen family into the hands of her famous great-granddaughter Jane.
It is widely believed Jane Austen was influenced by Eliza's memorandum when she wrote about money, social class, and the evils of inheritance laws in Sense & Sensibility and Pride & Prejudice.

Note: This novel is the third book in The Midwife Chronicles series, but can be enjoyed as a standalone book.

Want more about The Midwife Chronicles? Read this special feature—DELETED SCENES FROM THE CUTTING ROOM FLOOR-- that will soon be available for my newsletter subscribers ONLY! Sign up today and be the first to automatically receive a copy delivered to your mailbox.

Next Book in The Midwife Chronicles >>